10 Things Expats Get Used to


Living in a foreign country brings a litany of adventure and excitement, challenges, frustrations, elation and sometimes just downright weirdness!  After a while, for the veteran expat, the unusual becomes commonplace. 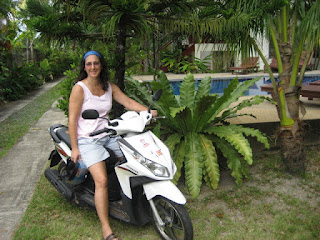 This thought occurred to me the other day while I waited at the Thai Department of Land Transport to take my driving test for the second time (driving on the left hand side of the road sitting in a right-hand drive car…So, what’s the big deal, my British friends would ask, right?). It did take a few tries but you’ve got to cut me some slack. It’s been 30 years since I’ve had to do a driving test so it sort of caught me by surprise.  After spending two full days at the licensing place in Phuket Town (getting there was a feat in itself) I finally walked away with both car and motorbike driving licenses in hand (or should I say ‘drove away’ on my Honda Click…finally legal to drive it)!  It was high-fives and smiles all around for the ‘farang’ (me…the expat or foreigner) as I walked out of the administration building.

But I digress.  So, as I was sitting and waiting my turn I came up with a list of things I have ‘gotten used to’ here in Thailand (other than driving on the left side of the road):

1. Rarely understanding what is being said around you. Actually, I find this one quite liberating, as it’s sometimes nice to wander around with total anonymity.

2. The amazing smells that confront you as you round a corner (some quite pleasurable and some not so much).

3. The explosion of color of the most exotic flowers you would ever see in a flower shop sprouting wildly from crevices and around walls.

4. Bathroom sinks that just drain onto the floor.

5. Shower heads just mounted on the bathroom wall in the open (I just imagine I’m living on a sailboat and it doesn’t feel so strange anymore).

6. A urinal in my powder room (yes, I said urinal… I think it’s bizarre but my husband loves it)!  It’s right off the kitchen so it has now become a utility room where I keep the cleaning supplies and the cat’s litter box).

7. Bug tents in all bedrooms. 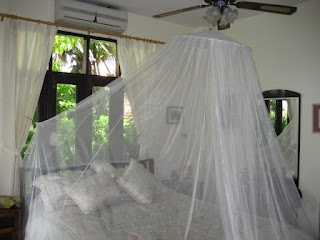 8. Roosters as alarm clocks (the one next door comes alive at around 5:15 every morning, which is just before the Imam at the local mosque starts up his ‘call to prayer’ – we got used to that in Dubai but here we’ve added the rooster).

9. Boys who try to look like girls (okay, I admit, that one’s a little hard to get used to but it’s definitely an interesting sociological and societal study).

10.  Warm weather every day of the year (I had to add that one as a Canadian but, of course, not all expats choose to live in sunny climes, it’s just our preference).

I’m sure I could think of another 10 but I’ll leave it to you to add what you’ve gotten used to in the years you’ve lived as an expat to the list!

Anonymous said…
A copper bar sink will make that statement loud and clear. Copper bar sinks have become increasingly popular in recent years and for good reason.
16 March 2012 at 18:51

Miss Footloose | Life in the Expat Lane said…
I love this type of post, giving you a fun or interesting insight or picture of another country.

Not understanding what's being said around you can be very relaxing. When I am back in my native Holland, or in the US, it drives me nuts sometimes to hear all the banal things being said in shops and store dressing rooms!

In Ghana we also had these big "wooden" flowers in our garden. Fascinating blooms. I'm trying to remember the name, but come up empty.

Here in Moldova, my powder room also sports a urinal, and a bidet as well ;)

Anne Louise O'Connell said…
Your comment about enjoying not understanding what's being said around you is so true! I sat at the beach the other day and had French being spoken in front of me, German to one side, Italian at another and Russian behind...not understanding one word of any of it. I smiled to myself and thought how nice it was to be totally anonymous, almost invisible, for even a short while.
25 March 2012 at 10:23

www.accidentalimmigrant said…
Anne, I am so enjoying this and am now following you. Well done!
26 March 2012 at 18:17