July 31, 2013
I thought I would do something a little different in today's blog. With the permission of my wonderful designer Graham Booth from Creation Booth, I wanted to share some of the other book cover design options he presented to me through the design phase as we prepared my first novel, Mental Pause, for launch this past March.

I'd love your feedback on whether or not you think I chose the right cover! I'm working on my next novel and choosing a cover is definitely one of the most important things you'll ever do as an indie author.

Even if you're not an author and you're working on content for a communications piece that will require a graphical element, choosing the right visual presentation of your work is just as critical as the written message. 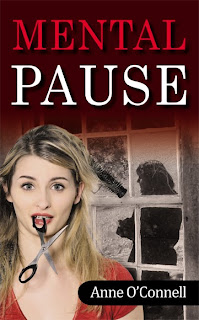 Below are several of the other designs Graham proposed:

You can see I did use the window image from this one but the woman's face just didn't capture how I pictured Abbie. 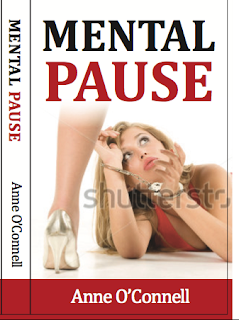 I really liked this one for the shock value but thought it might be a little too risque (which turned out to be the case when I test-marketed it, which I highly recommend before making a final decision).

Yet another... (Graham never blinked when I asked him for more, or requested a combo of two or three - the font from one, photo from another and layout from yet a different one!) 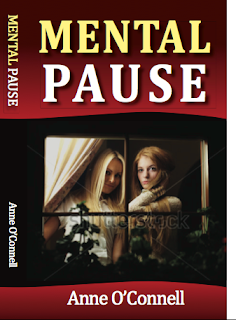 This one was intriguing, however, the girls were far too young to represent the main characters in the book. 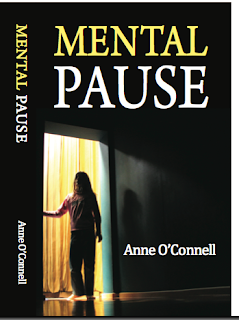 This one had a mystery feel to it but was a little too ominous for me!


There were several more, including many combinations and permutations on a theme and we kept tweaking until it felt right. As you can see, the benefit of having a talented (and patient) designer helps you create the cover graphic that really tells a story even before your reader has a chance to turn the book over to read the back. For eBooks it's even more critical.  If you have a tight budget I still feel strongly that you should always hire a professional designer to work with you on cover design (and interior layout if you're doing a print version).

So... do you think I made the right cover choice?

Lea Anne said…
I like the appearance of the Text on the cover you choose. I am curious though, why the scissors? They seem too sinister to me.
2 August 2013 at 21:18

Anne Louise O'Connell said…
Thanks Lea Anne! I liked the text as well. It's amazing how different text can totally change the look and feel of a book. One of the tests a lot of people forget is to look at whether or not the text on the spine will stand out on a book shelf (if you're doing a print version). The scissors came into the 'picture' as I was hunting stock photos for a crazy lady. I liked the image because it was an attention getter and there is a part in the book where Abbie talks about getting her hair cut and nobody noticing.

Lynda said…
This is so fun seeing the other options! I like the one you chose best. I also like the risqué one too but understand why you didn't choose it.
7 August 2013 at 11:15

Anne Louise O'Connell said…
Hey Lynda, Thank you for the feedback. Sometimes it is difficult to take a step back and try to look at things from an unbiased perspective, which is understandably difficult for some authors! You have to remember that a cover is the reader's first glimpse into the world you've been living and breathing for months (sometimes years) so they don't have the emotional tie to the story... yet! It's a fine line between drawing them in and turning them off ;)
7 August 2013 at 12:36