Seeking a Literary Agent… Is There a Needle in that Haystack?


Several months ago I started to query literary agents for my first novel, which I wrote last year during NaNoWriMo (National Novel Writing Month).  At the time, I considered writing the odd blog to keep everyone updated on the progress… does the term wading through cold molasses mean anything to you? 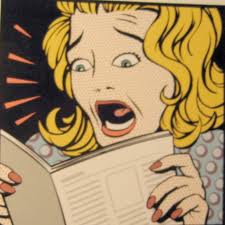 Rejection hurts!
Well, due to a variety of assorted reasons (excuses), the plan to write a series on agent querying ground to a halt after the first five polite rejections.  It really doesn’t matter how polite the rejection is, or how stoic you’ve received them at the time, it still stings.  Even though I kept reading on all my writer/author forums that so many very famous authors were passed over hundreds of times before a publishing company picked them up, I still didn’t want to publicly share my humiliation.

Then I realized how cathartic it would be to share with people who care or who have been through the process before and can reassure me that it’ll be worth it in the end.

Playing the Agent Query Game Right
It’s a long, drawn out process that takes time and a lot of effort if you do it right.  Each query takes me a couple hours to write after I’ve done the research to find the right agent… and after the synopsis is written and re-written a hundred times and the first three chapters are perfected yet again because they often ask for those up front.

Traditional Vs. Self-Publishing
But, I’m not giving up.  I still have in the back of my mind that I could self-publish.  After doing a webinar with Shelley Hitz and purchasing her Kindle layout template and guide (which were very reasonably priced by the way), I was off to the races.  I did a test run of a short e-book on authors doing their own PR (after all... I have 20 years in PR so had lots of advice to give) .  I wanted to see how easy or difficult publishing a Kindle e-book on Amazon would be and it was quite simple, once you know how.  The actual upload onto Amazon is free, however, don’t forget to take into account the cost of editing and cover design and then if you want to do a print version, the cost for someone to do your layout… but I digress.

So, with that in my back pocket as plan B, I continue to query agents and hope that someone will pick up my novel, Mental Pause.

Unknown said…
I'm so excited that you've got your novel out there in front of literary agents, you should be proud of yourself. You've got a great attitude and are doing the right things. At some point it will all line up and voila, your novel will be published. Hope to be doing the same in the future. Please keep me in mind for a pre-pub review/blurb if you're so inclined.
12 September 2012 at 16:22

Kathryn Elizabeth Jones said…
Your site is informative. Thank you for your insights. I, too, have struggled to gain interest from publishers for my books. I decided that 30 years was a long enough wait and went into business for myself. I LOVE CreateSpace.

Anne Louise O'Connell said…
Kathryn, thanks for dropping by! I'll definitely come visit you. I've got Create Space on the list to check out but I've been focusing on Kindle Direct Publishing right now. I will go in that direction if I can't stir up any agent interest in Mental Pause by the end of the year.
Happy Writing!
Anne
30 September 2012 at 09:39

Angela said…
Hi Anne,
I'm following you from Linkedin. I recently pitched my novel to an agent I met at a conference a few weeks ago. I've heard nothing so far, but I have some other places in mind. I don't want to self-publish if I can help it, but it's hard finding an agent. All the best to you.
30 September 2012 at 23:43

Anne Louise O'Connell said…
Hi Angela,
Great to see you here! I think the secret is to get your novel in front of as many people as possible. Do you get Writers Digest? Every issue introduces agents who are looking for new writers. It typically explains what genres they're interested in and how they like to be queried. I've got a big long spread sheet and I send out about three at a time and I'll keep working through the list until one of three things happens: I get sick and tired of rejection, I've saved enough money to self-publish properly or I find the right agent for my novel! In the meantime, I'm gearing up for NaNoWriMo and excited about getting my next novel underway!